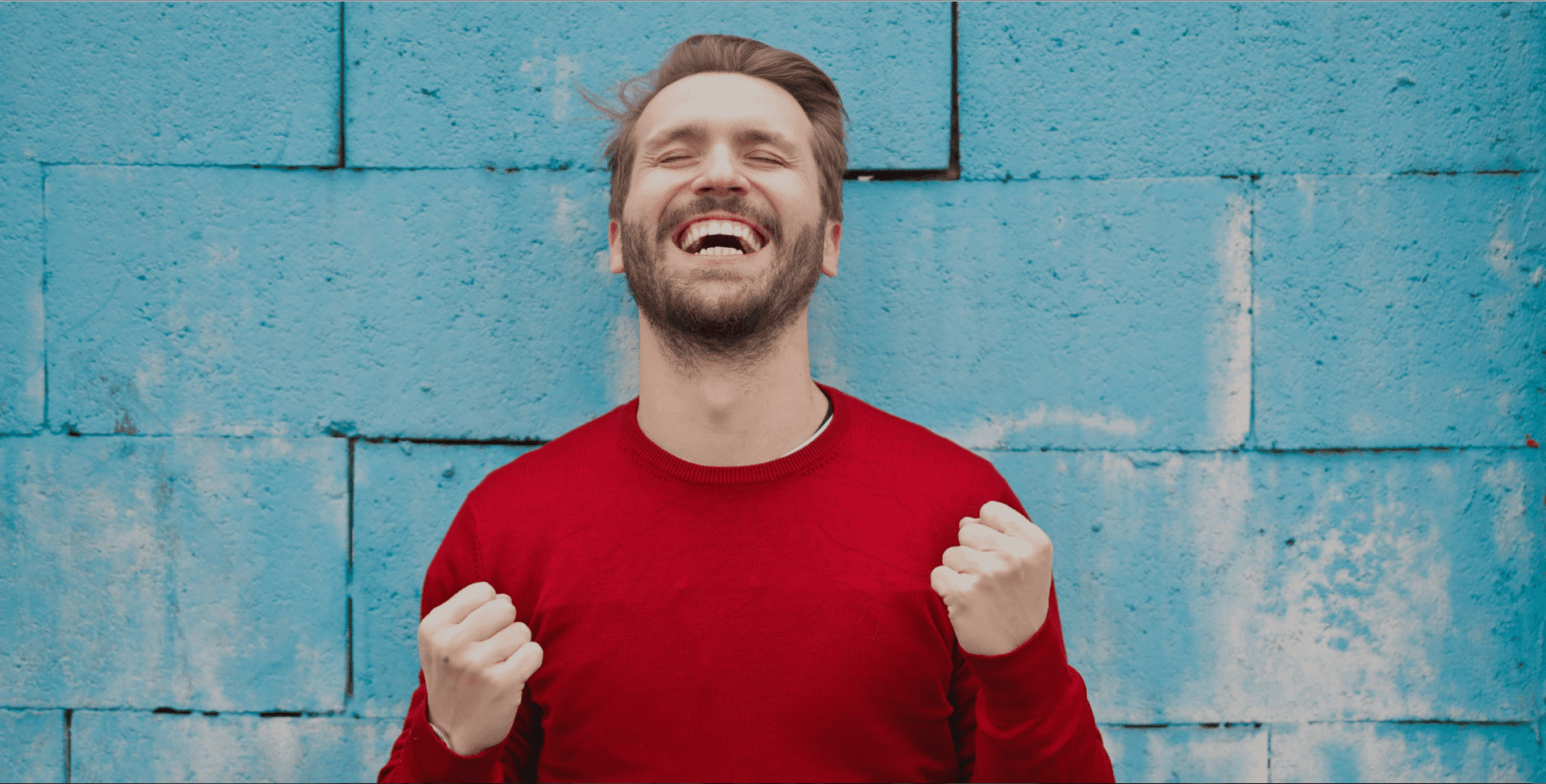 DO YOU HAVE KERATOCONUS?

Welcome to Dr. Brian, Keratoconus Specialist and highly sought after eye surgeon who PIONEERED the use of Intacs and Holcomb C3-R® treatments for Keratoconus
Read More 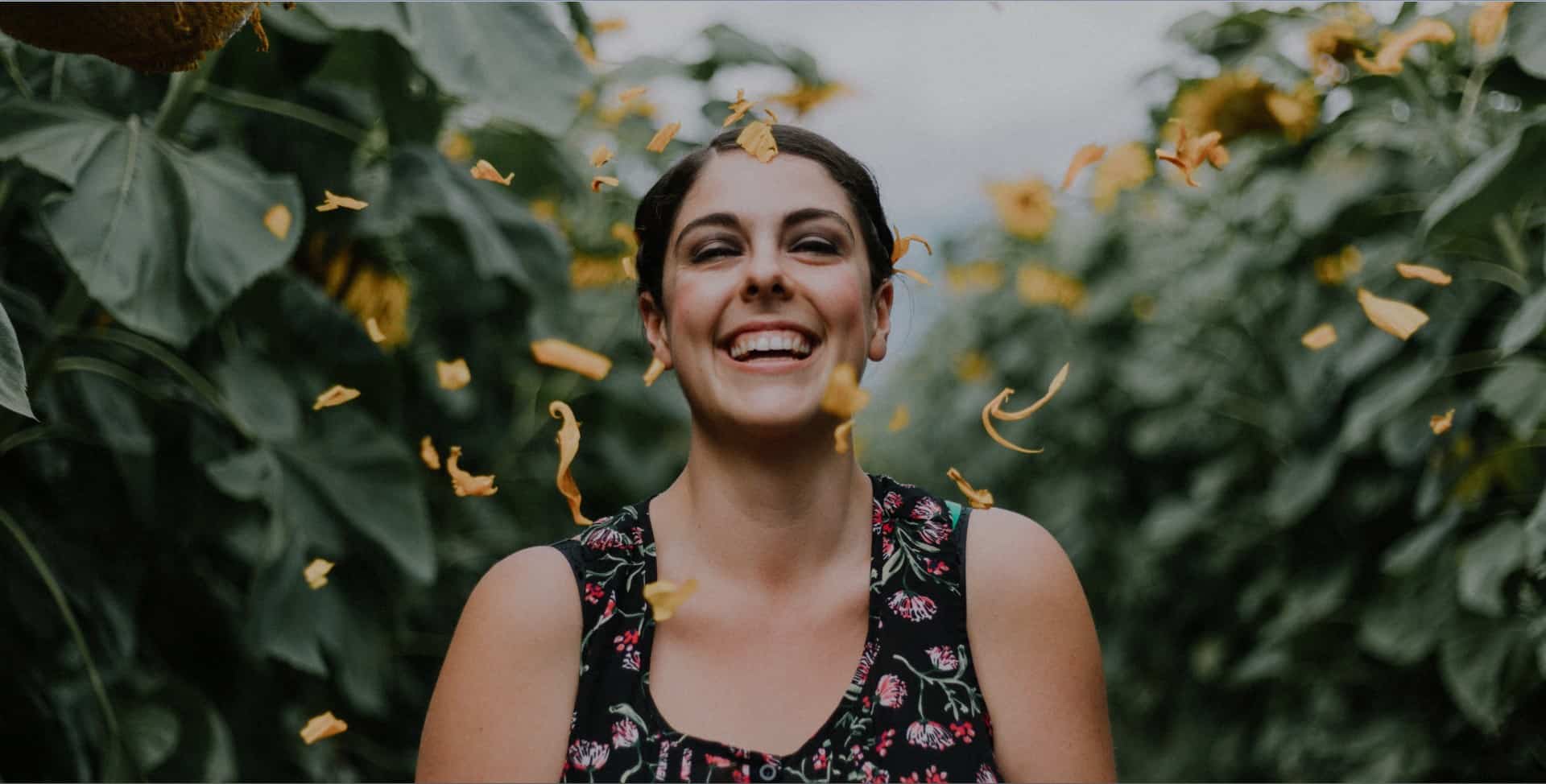 Focus on your happiness

Intacs® reshape the curvature of the cornea from within to flatter part of the bulge, but no tissue is removed. To learn more about Intacs
Read More 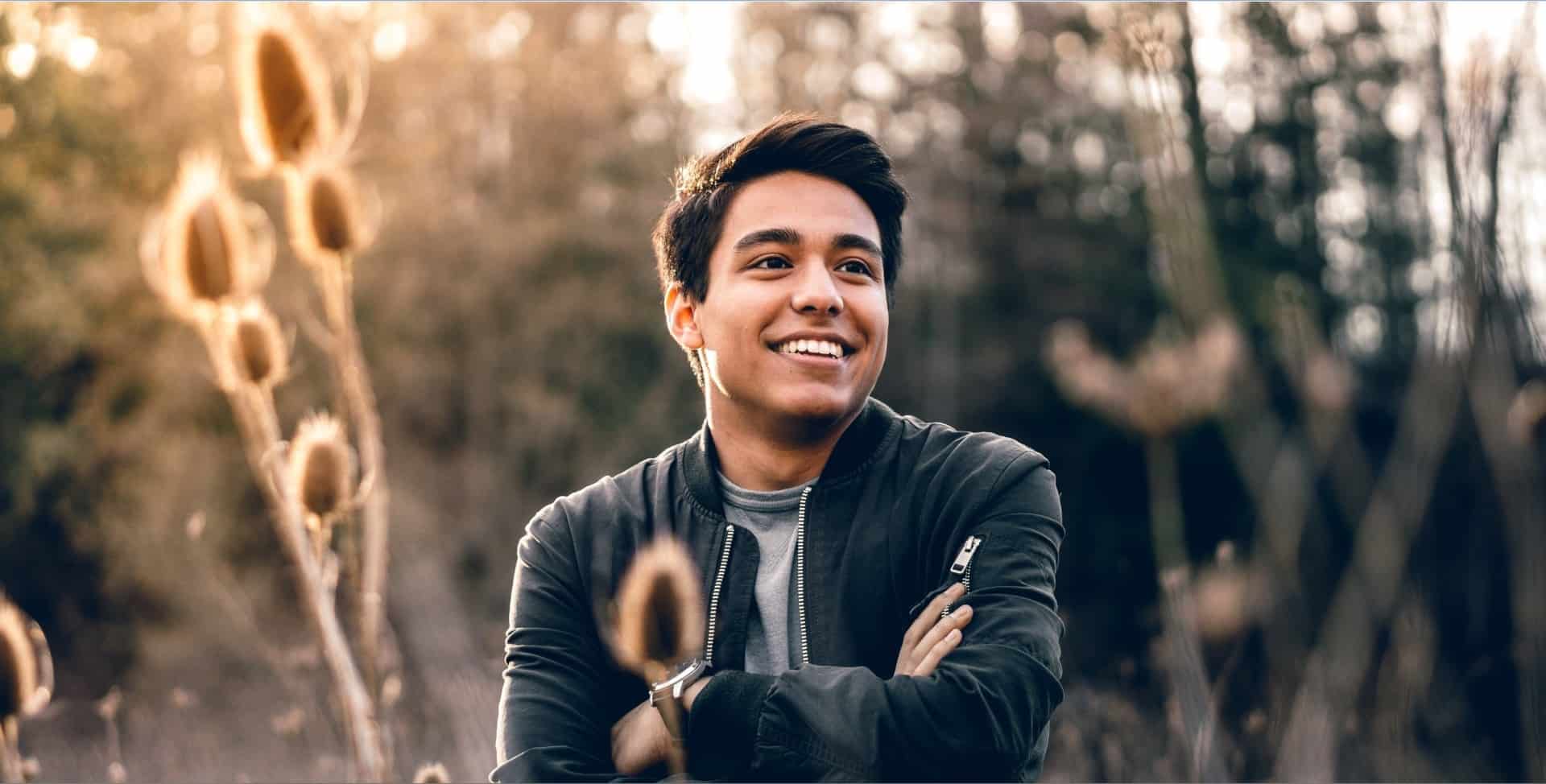 Fortified CK™ works by using radiofrequency (non-laser) energy that is strategically delivered to the cornea. To Learn more about Fortified CK
Read More 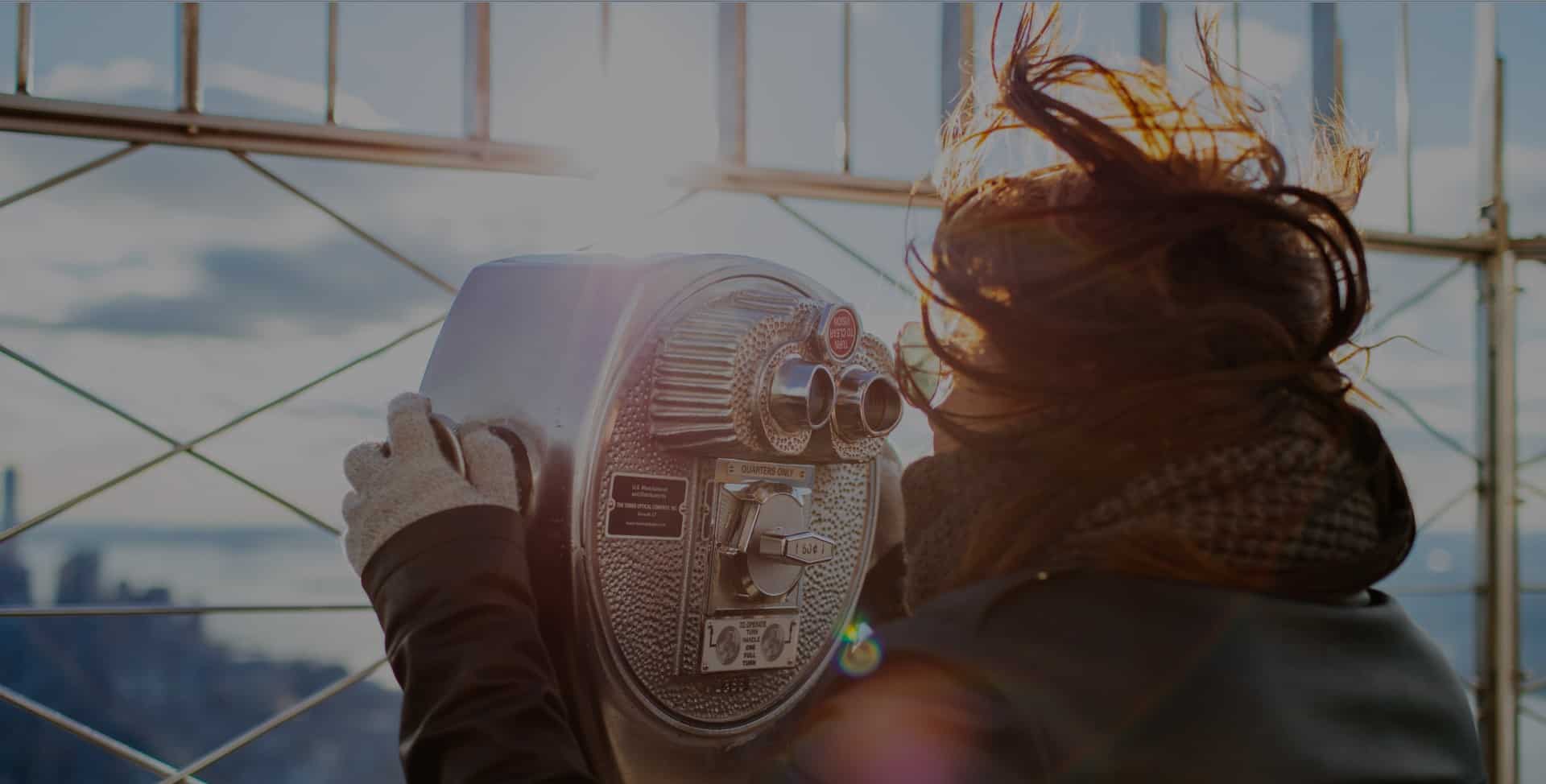 Visian ICL™ is an insertable lens that treats high amounts of nearsightedness – this can DRAMATICALLY IMPROVE YOUR VISION. To learn more about Visian ICL
Read More

Keratoconus is an eye condition in which the clear outer layer of the eye, called the cornea, progressively becomes thinner, causing bulging or irregularities in the corneal shape.

How Keratoconus Affects the Cornea

The eye is rounded in shape so that external images can be properly focused on the retina (back of the eye). The thin outer layer of the eye is called the cornea. This layer is very important for quality of vision, as it accounts for approximately 30% of the focusing power of the eye. If the cornea is damaged, weakened or mishappen, then vision problems can result.

The primary tests used to diagnose keratoconus are those that measure corneal shape and thickness. The most common include:

Keratoconus is most common in younger adults: those aged 20 to 40 years old. In general, patients of this age have initially very good vision, and any blurred vision can be easily corrected with glasses. The most common symptom of keratoconus in this age group is a progressive loss of vision that cannot be corrected with glasses. The condition is almost universally bilateral, meaning it occurs in both eyes at the same time. Progressive worsening of vision in both eyes at the same time can also be a sign of keratoconus. Other signs include higher levels of astigmatism or visual distortions that are difficult to correct with glasses. There are a number of direct clinical measurements, in addition to those listed above, that Dr. Boxer Wachler performs to detect irregularities in the corneal shape and to determine a diagnosis of this eye condition.

For many years, keratoconus was thought to be a rare condition, affecting only about 1 out of every 2,000 persons. Data also suggested that the condition was relatively uniform across the population, affecting various ethnic groups equally.

New data suggests the condition is much more common and affects certain patients more than others. This data came about primarily as a side benefit to the development of LASIK. The introduction of LASIK brought with it the development of a range of new types of tests that can more accurately measure corneal shape (a very important measure to ensure excellent LASIK outcomes). This improved measurement technology led to the discovery that a much higher percentage of patients have irregularly shaped corneas caused by keratoconus. Previously, these patients were thought to simply have astigmatism that was hard to correct.

Recent data from several studies in Europe estimate that keratoconus occurs in approximately 1 out of 375 patients, and that people of Asian descent have a much higher incidence of the condition. Those of Indian descent and certain other Asian ethnic groups were found to be four times more likely than other groups to have keratoconus.

The cause of keratoconus was unknown until recent research showed it is due to a lack of anti-oxidant enzymes in the cornea that leads to damaged collagen fibers. There are also both genetic and environmental factors. Excessive rubbing of the eyes has been found to weaken the corneal tissue, leading to thinning. Certain types of rare disorders are also associated with the condition, including Fuchs’ Dystrophy, retinitis pigmentosa and Down’s Syndrome, along with common illnesses such as hay fever or allergies. Approximately 1 in 10 patients who have keratoconus has a parent who also has it.

A range of medical technologies are available to treat keratoconus; Holcomb C3-R CXL, corneal cross-linking, Intacs, and implantable contact lenses. All of these treatments have the same goal: to eliminate the bulging shape or irregularities in the cornea and create a smooth, circular corneal surface. Dr Brian Boxer Wachler is a leader and pioneer in keratoconus treatment. He has provided this educational website to more fully describe keratoconus and the available treatments.

For well over 19 years, the Boxer Wachler Vision Institute has been committed to improving the quality, care and vision of those suffering from Keratoconus with FDA-APPROVED equipment. We help patients in Southern California and outside states and other countries with: Holcomb C3-R®, Intacs® for Keratoconus, FORTIFIED CK™, Visian ICL™, and PRK after Cornea Transplant procedures. 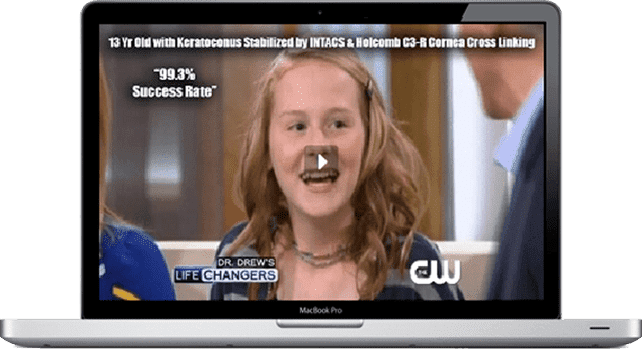 Holcomb C3-R Crosslinking is the #1secret to stabilizing your KERATOCONUS. Many cornea transplant surgeons do NOT want you to know about Holcomb C3-R® and intacs® since they can prevent patients from needing transplants.

Boxer Wachler Vision Institute has the experience and FDA-APPROVED equipment necessary to provide superior treatment, consultation and quality care for the Keratoconus treatments. Dr. Brian is regarded as one of the top leaders in the field of Keratoconus treatment. His role as the “doctor’s doctor” has been earned through his broad expertise. 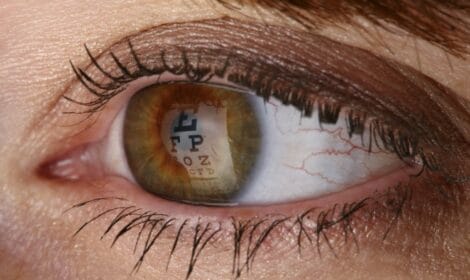 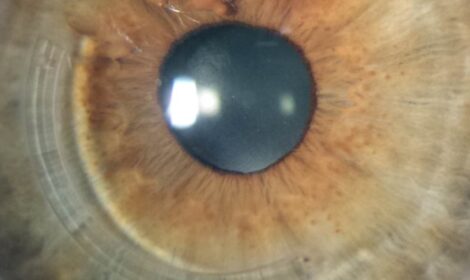 Intacs® are micro-thin inserts which aid in improving the shape of the cornea and improve quality of vision in patients struggling with Keratoconus. 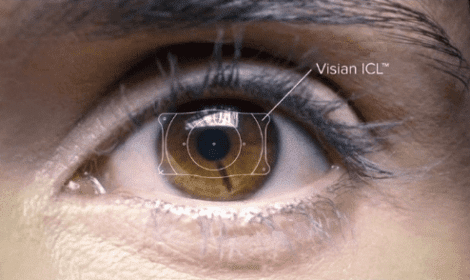 Visian ICL™ is an implantable contact lens that aids in improving moderate to severe myopia (nearsightedness). 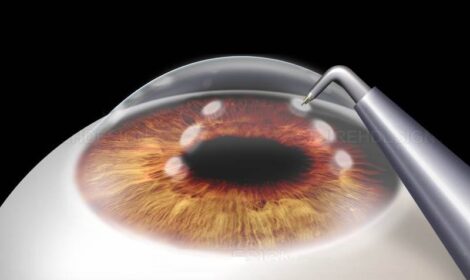 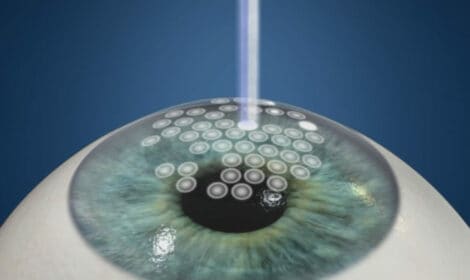 (PRK)™ treatment after a Cornea Transplant is a specialized laser technique that can dramatically improve your vision after a cornea transplant. 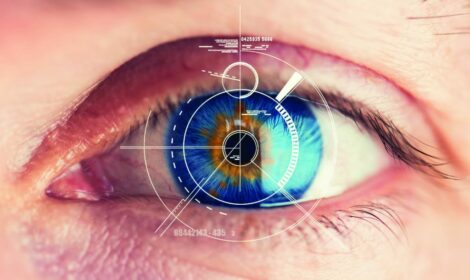 In epi-on crosslinking approach, the treatment is similar to standard CXL; however, we do not remove the surface epithelial cells (which are analogous to the tiles on.

Our Team & State of the art Facility

The Boxer Wachler Vision Institute was designed with the comfort of the patient in mind. Patients often refer to the Institute being “as relaxing as a spa!” State-of-the-art equipment is showcased in the central diagnostic station, which is not only the physical but also the fundamental nucleus of the practice. The “humidity-controlled” surgical facilities help optimize our patients’ results. Our Institute creates a peaceful and welcoming atmosphere. 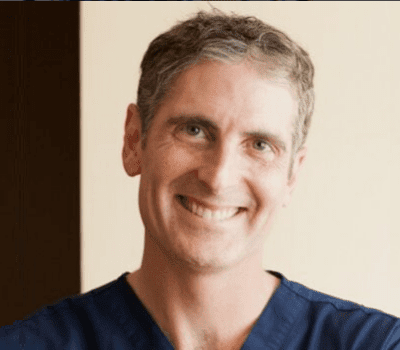 Dr. Brian
(Ophthalmologist) Dr. Brian is regarded as one of the top leaders in the field of vision correction. He PIONEERED use of Intacs and Holcomb C3-R Cross-Linking.
Dr. Brian 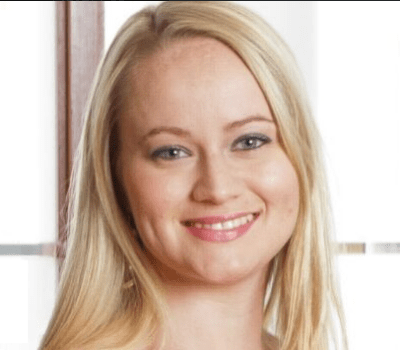 Jen Hodges
Our (Keratoconus Patient Liaison) Jen Hodges, makes scheduling simple and easy with recommendations for patients to help alleviate any fears that you may have.
Jen Hodges

Renee Carlson
Our (Practice Administrator) Renee Carlson, handle’s the day to day operations of the practice, supervision of the staff and also assists in practice management.
Renee Carlson

Have you been diagnosed with a keratoconus eye condition? There are many treatment options that can relieve the symptoms you and your doctor can discuss. Typically in the early stages, glasses are worn to help improve the patient’s vision. However, as keratoconus worsens the use of glasses to correct vision isn’t enough. At that stage, it is usually recommended to use special contact lenses.

Special contact lenses help smooth out the cornea and improve vision by allowing tear fluid to fill the gaps caused by keratoconus between the cornea and the lens. If the lenses are not properly removed and replaced, they can create more damage to the cornea and further hinder vision. Once contact lenses become uncomfortable for patients, many opt for corneal implants (INTACS) surgery or insertable contact lens surgery.

Many patients prefer the insertable contact lens as they require less care and are easier to maintain. Corneal collagen crosslinking, also known as Holcomb C3-R, is a new procedure where a special solution is applied to the eye. Holcomb C3-R shows strong promise in stopping the progression of keratoconus. Many patients are apt to have this treatment to avoid the need for surgery and stop the loss of vision. Dr Brian takes a holistic approach to Keratoconus treatments from non-invasive strengthening with Holcomb C3-R to reshaping with Intacs and vitamin support of the cornea.

Keratoconus is usually diagnosed in adolescents however, it seems to worsen the most in patients between 20 and 30 years old. A keratoconus eye condition is unpredictable and the progression of the disease can vary from patient to patient. When the disease progresses to both eyes, it is difficult for the patient to live normally. It is harder for the patient to drive or even read. Corneal implants are a good source of relief at this stage. In some severe cases, a cornea transplant is needed to restore vision. Though this condition is a serious disease, if you are seen regularly keratoconus can be managed and treated. If left untreated, it can severely impair your vision. Protect your vision, speak to a doctor immediately if you feel you may be suffering from this condition.

As a world-renowned expert on the subject of Keratoconus, Dr. Brian has devoted his life to educating patients about this eye condition. He remains at the forefront of Keratoconus treatment, not only by staying on top of the latest advancements, but also by developing his own innovations that inspire fellow ophthalmologists. Here he shares 10 fast facts about Keratoconus that every patient should understand: